Local Empathy: The New Tool in Your Brand’s Emergency Kit

Posted on: October 27, 2016 by Local SEO Nerd in Local SEO Strategies
No Comments 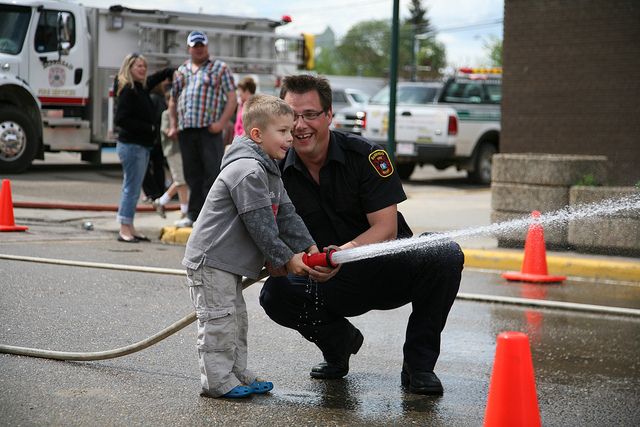 If I could sum up all of the thoughts I’m about to share with local enterprises, it would be with those two words. 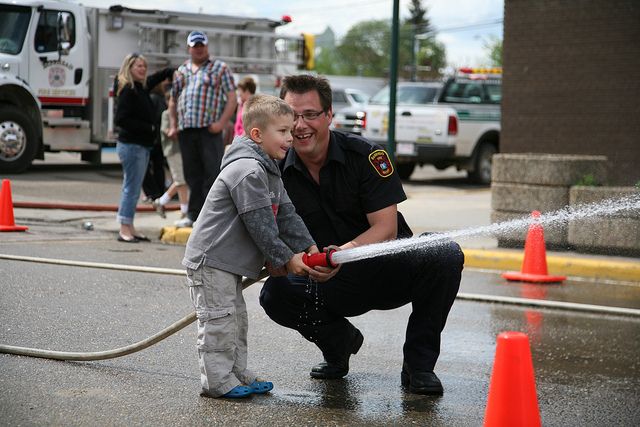 Disasters and emergencies are unavoidable challenges faced by all local communities. How businesses respond to these stressful and sometimes devastating events spotlight company policy for cities to see. Once flood waters reside or cyclones trail away, once the dust settles, which of these two brands would you wish to call yours?:

How two brands’ reaction to disaster became a reputation-defining moment

As Hurricane Matthew moved toward the southeastern United States this month (in October 2016), millions of citizens evacuated, many of them not knowing where to find safe shelter. Brand A (a franchise location of an international hotel chain) responded by allegedly quadrupling the prices of its rooms — a practice known as ‘price gouging,’ which is illegal during declared emergencies in 34 states. Brand B (the international accommodations entity Airbnb) responded by sourcing thousands of free local rooms from its hosts for victims of the hurricane.

And then professional and social media responded with news stories, social communications, and reviews, trying both brands in the court of public opinion, doling out blame and praise.

This is how reputations are broken and made in today’s connected world, and the extremity of this tragic emergency situation brought two factors into high relief for these two brands:

This is how the manager of the Brand A hotel franchise location responded when questioned by a TV news reporter regarding alleged price gouging, set amid a backdrop of elders and families with small children unable to afford a room at 4x its normal rate.

“We are deeply troubled by these allegations as they in no way reflect our brand values. This hotel is franchised. We don’t manage inventory or rates.”

This is the official response from corporate issued to the news network, and while Brand A promised to investigate, the public impression was made that the buck was being passed back and forth between different entities while evacuees were in danger. Based on the significant response from social media, including non-guideline-compliant user reviews from people who had never even stayed at this hotel, corporate culture was being perceived as greedy rather than fair to an extreme degree. It’s important to note here that I didn’t encounter a single sentiment expressed by consumers expecting that the rooms at this hotel would be given away for free. It was the quadrupling of the price that brought public condemnation.

Consumers are not privy to the creation of company policy. They aren’t able to puzzle out who made the decision to raise prices as this hotel, or at the many other hotels, gas stations, and stores in Florida which viewed an emergency as an opportunity for profit. Doubtless, the concept of supply and demand fuels this type of decision-making, but in an atmosphere lacking adequate transparency, the consumer is left with judging whether policy feels fair or unfair, and whether it aligns with their personal value system.

While we’ll likely never know the internal communications which led to this franchise location being cited by the public and investigated by the authorities for alleged price gouging, it is crystal clear that the corporate brand was not prepared in advance with a policy for times of emergency to be enacted by all franchisees. This, then, leaves the franchisee working within vague latitudes of allowable practices, which can result in long-lasting damage to the overall brand, coupled with damage to the local community being served. It’s a scenario of universal negativity and one that certainly can’t be made up for by a few days’ worth of increased profits.

You’ve likely noticed by now that I am specifically not naming this hotel. In the empathetic spirit of the carefully-crafted TAGFEE policy of Moz, my goal here is not to shame a particular business. Rather, it’s my hope that seeing the outcomes of policy will embolden companies to aim high in mirroring the value systems of consumers who reward fairness and generosity with genuine loyalty.

Ideally, I’d love to live in a world in which all businesses are motivated by concern for the common good, but barring this, I would at least like to demonstrate how generous policy is actually good policy and good business. Let’s turn our eyes to Brand B, which lit a beacon of hope in the midst of this recent disaster, as described in this excerpt from Wired:

“This was profound,” says Patrick Meier, a humanitarian technology expert who consults for the World Bank, the Australian Red Cross, and Facebook. “Airbnb changed its code order to allow people to rent out their place for zero dollars, because you could not do that otherwise.”

Innovation shines brightly in this account of Airbnb recognizing that communities around the world contain considerable resources of goodwill, which can then be amplified via technology.

The company has dedicated its own resources to developing an emergency response strategy, including the hire of a disaster response expert and an overhaul of the website’s code to enable free rentals. Thanks to the generosity of hosts who are willing open their doors to their fellow man in a time of trouble, Airbnb has been able to facilitate relief in more than twenty major global events since 2013. Of course, the best part of this is the lives that have been eased and even saved in times of trouble, but numerous industries should also pay attention to how Airbnb has benefitted from this exemplary outreach.

Here’s a quick sampling of the exceptionally favorable media coverage of the emergency response strategy: 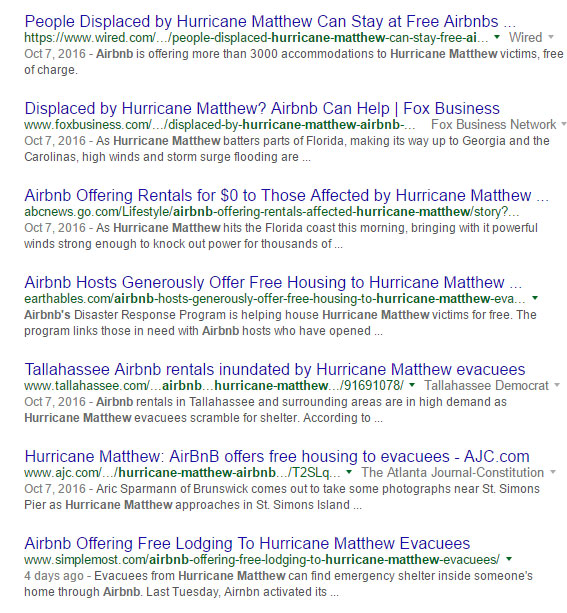 That is a set of national and local references any business would envy. And the comments on articles like this one show just how well the public has received Airbnb’s efforts: 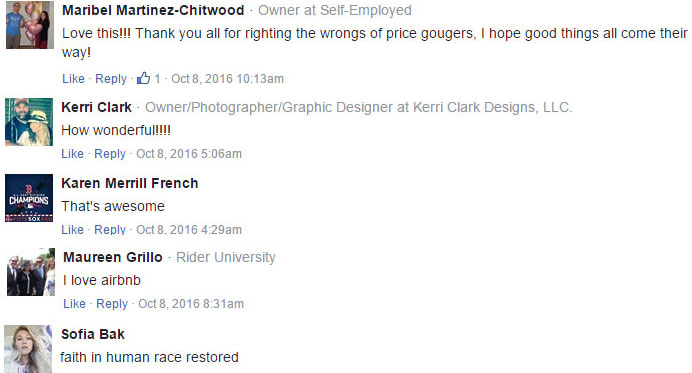 In utter marketing-ese, these consumers have not only been exposed or re-exposed to the Airbnb brand via the article, but have also just gained one new positive association with it. They are on the road to becoming potential brand advocates.

What I appreciate most about this scenario is that, in contrast to Brand A’s situation, this one features universal positivity in which all parties share in the goodwill, and that is literally priceless. And, by taking an organized approach to emergency preparedness and creating policy surrounding it, Airbnb can expect to receive ongoing appreciative notice for their efforts.

The EPA predicts a rise in extreme weather events in the United States due to climate change, including increases in the precipitation and wind of storms in some areas, and the spread of drought in others. Added to inevitable annual occurrences such as tornadoes, blizzards, and earthquakes, there are two questions every intelligent brand should be asking and answering internally right now: How can we help in the short term and how can we help in the long term?

In the short term, your business can take a cue from Airbnb and discover available resources or develop new ones for providing help in a disaster. I noticed a Hurricane Matthew story in which a Papa John’s pizza deliverer helped a man in Nebraska get in touch with his grandmother in Florida whom he had been trying to reach for three anxious days. What if the pizza chain developed a new emergency preparedness policy from this human interest story, using their delivery fleet to reconnect loved ones… perhaps with a free pizza thrown into the bargain?

Or, there are restaurants with the ability to provide food or a percentage of profits to local food banks if they are lucky enough to still have electricity while their neighbors are less fortunate.

Maybe your company doesn’t have the resources of Everbridge, which has helped some 900+ counties and organizations communicate critical safety information in emergencies, but maybe your supermarket or the lobby of your legal practice can offer a free, warm, dry Wi-Fi hotspot to neighbors in an emergency.

In brief, if your business offers goods and services to your local community, create a plan for how, if you are fortunate enough to escape the worst effects of a disaster, you can share what you have with neighbors in need.

According to Pew Research, 77% of Latin Americans, 60% of Europeans, 48% of the population of Asia and the Pacific, and 41% of the U.S. population are worried about the immediacy of the impacts of global warming. A global median of 51% indicates that climate change is affecting people right now.

From a business perspective, this means that the time for your brand to form and announce its plans for contributing to the climate solution is right now. Your efficient, green, and renewable energy practices, if made transparent, can do much to let the public know that not only will you be there for them in the short term in sudden emergencies, but that you are also doing your part to reduce future extreme weather events.

Whether your business model is green-based or you incorporate green practices into your existing brand, sharing what you are doing to be a good neighbor in both the short and long term can earn the genuine goodwill of the local communities you wish to serve.

I often imagine the future unlived when I see brands making awkward or self-damaging decisions. I rub my forehead and squint my eyes, envisioning what they might have done differently.

Imagine if Brand A had implemented generosity. Imagine if, instead of raising its prices during that dreadful emergency, Brand A had offered a deep discount on its rooms to be sure that even the least fortunate community members had a secure place to stay during the hurricane. Imagine if they had opened up their lounges and lobbies and invited in homeless veterans for the night, granting them safety in exchange for their service. Imagine if they had warmly reached out to families, letting them know that cherished pets would be welcome during the storm, too.

Imagine the gratitude of those who had been helped.

To me, firemen have always exemplified a species of greatness. In moments of extreme danger, they forget themselves and act for the good of others. Imagine putting a fireman’s heart at the heart of your brand, to be brought out during times of emergency. Why not bring it up at the next all-staff meeting? Brainstorm existing resources, develop new ones, write out a plan, make it a policy… Stand tall on the local business scene, stand up, be great!