A survey of 1,000 US consumers conducted by PowerReviews found that Amazon is the preferred starting point for product search. Google comes in a close second, followed by brand/retailer sites and e-commerce marketplaces (eBay, Etsy, etc.):

Of those consumers who started their shopping journeys on Amazon, reviews, product selection, free shipping and deals/pricing were the primary reasons cited. 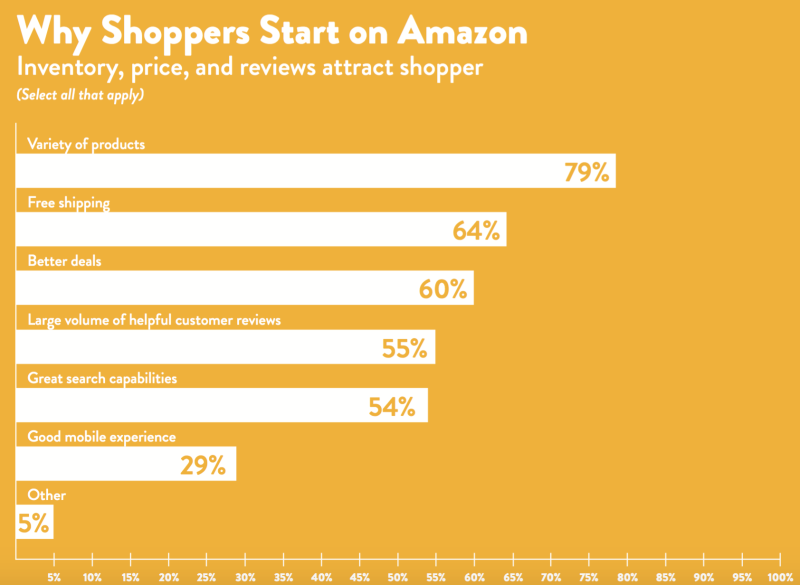 The survey also found that most shoppers ultimately purchased their desired products in physical retail stores.

Greg Sterling is a Contributing Editor at Search Engine Land. He writes a personal blog, Screenwerk, about connecting the dots between digital media and real-world consumer behavior. He is also VP of Strategy and Insights for the Local Search Association. Follow him on Twitter or find him at Google+.
Tags:Channel: RetailStats: Search Behavior.