Posted on: May 31, 2016 by Local SEO Nerd in Local SEO Strategies
No Comments

Intelligent Personal Assistants (IPAs) are capable of radically disrupting the way we search for and consume information on the Internet. The convergence of several trends and technologies has resulted in a new interface through which people will be able to interact with your business. This will have a dramatic impact — if your long-term marketing/business plan doesn’t account for IPAs, you may be in the same boat as those people who said they didn’t need a website in the early 2000s.

If we look to pre/early Internet, then the primary interface to most businesses was the humble phone. Over the phone you could speak to a business and find out what they had in stock, when they’d be open, whether they had space for your reservation, etc., and then you could go on to order products, ask for directions, or place reservations. The phone was an interface to your business, and your phone line and receptionist were your “API” — the way people interacted with your business.

As the Internet matured and the web gained more traction, it increasingly became the case that your website empowered users to do lots of those same things that they previously did via the phone. They could get information and give you money, and your website became the new “API” for your business, allowing users to interact with it. Notice this didn’t necessitate the death of the phone, but lots of the requests that previously came via phone now came via the web, and there was also a reduction in friction for people wanting to interact with your business (they didn’t have to wait for the phone line to be free, or speak to an actual human!).

Since then, the web has improved as technologies and availability have improved, but fundamentally the concept has stayed the same. Until now.

The 5 tech giants have all built an intelligent personal assistant 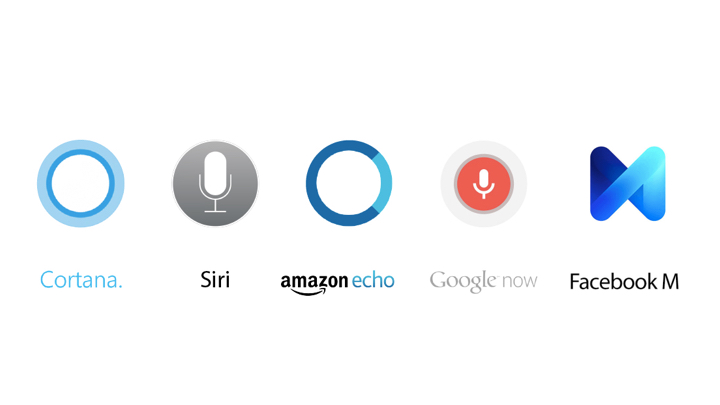 Intelligent Personal Assistants apps such as Google Now, Siri, Cortana, and Facebook M — as well as the newer appliances such as Amazon Echo, the new Google Home, and the rumored Apple Siri hardware — are going to have a profound effect on the way people search, the types of search they do, and the way they consume and act upon the results of those searches.

New entries, such as Hound and Viv, show that intelligent personal assistants are growing beyond just something phone makers are adding as a feature, and are becoming a core focus.

In the last couple of years we’ve discussed a variety of new technologies and their impact on search; a number of these are all feeding into the rise of these personal assistants.

The days of searches just being a keyword are long since over. The great improvements of natural language processing, driven by improvements in machine learning, have meant that conversational search has become a thing and we have seen Hummingbird and RankBrain becoming building blocks of how Google understands and handles queries.

Furthermore, implicit signals have also seen the rise of anticipatory queries with Google Now leading the way in delivering you search results based off of your context without you needing to ask.

Watch this video of Will Critchlow speak about these trends to hear more.

Search results have moved on from 10 blue links to include the Knowledge Graph, with entities and direct answers being a familiar part of any search result. This has also meant that, since the original Siri, we’ve seen a search interface that doesn’t even do a web search for many queries but instead gives data-driven answers right there in the app. The earliest examples were queries for things like weather, which would turn up a card right there in the app.

Finally, the rise of conversational search has made possible complex compound queries, where queries can be revised and extended to allow the sorting, filtering, and refining of searches in a back and forth fashion. This phase of searching used to be something you did by reviewing the search results manually and sifting through them, but now search engines understand (rather than just index) the content they discover and can do this step for you.

You may like Distilled’s Searchscape which has information and videos on these various trends. 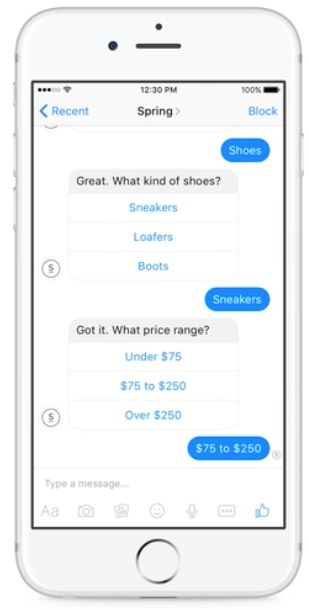 More recently, with the increased interest in bots (especially since Facebook’s F8 announcement), we can see a rise in the number of companies investing in various forms of conversational UI (see this article and this one).

Bots and conversational UI provide a new interface which lends itself to all of the benefits provided by natural language processing and ways of presenting data-driven answers.

Note that a conversational UI isn’t limited to purely a spoken or natural language interface, but can also provide an “on demand” UI for certain situations (see this example screenshot from Facebook, or the Siri/Fandango cinema ticket example below).

Going back to the first versions of Siri or Google Now, there were no options for 3rd-party developers to integrate. They could only do a limited set of actions based on what Apple or Google had explicitly programmed in.

However, over time, the platforms have opened up more and more, such that apps can now provide functionality within the intelligent personal assistant on the same app.

Google Now, Amazon Echo, Cortana, and Siri (not quite — but rumored to be coming in June) all provide SDKs (software development kits), allowing 3rd-party developers to integrate into these platforms.

This is an opportunity for all of us integrate directly into the next generation search interface.

What’s the impact of all this?

Google published an (under-reported) paper on some of the research and work that went into Google Now, which when combined with their daily information needs study indicates how hard they’re trying to encourage and enable users to do searches that previously have not been possible.

The ability of intelligent personal assistants to fulfil more complex search queries (and of “always listening” search appliances like Amazon Echo and Google Home) to remove the friction of doing searches that were previously “too much work” means we’ll see a rise in search queries that simply wouldn’t have happened previously. So rather than cannibalizing web-based searches that came before, a large segment of the queries to IPAs will be wholly new types of searches.

Web rankings get bypassed, go straight to the top

This is a massive opportunity — it does not matter how many links and how much great content your competitor has to help them in “classical SEO” if you’ve integrated straight into the search interface and no web search is ever shown to the user. You can be the only search result shown.

The classic funnel gets compressed; checking out via IPAs

This part is probably the most exciting, from my perspective, and I believe is the most important from the impact it’ll have on users and businesses. People have modeled “the funnel” in a variety of different ways over time, but one common way to look at it is:

The search is separate to the browsing/checkout process, and that checkout process happens via a website. Apps have had some impact on this classic picture, but so far it hasn’t been a big part.

However, conversational search/UI combined with the ability for developers to integrate directly into IPAs opens up a huge opportunity to merge the interfaces for the search step and the steps previously fulfilled by the website (browsing and checking out). There are already examples of the funnel being compressed: 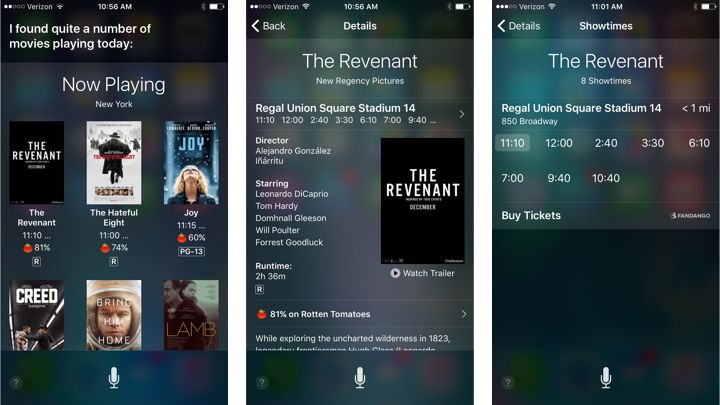 In this example, using Siri, you can see I was able to search for movies playing nearby, pick a particular movie and cinema, then pick a particular showing and, finally, I can click to buy, which takes me to the Fandango app. I am most of the way through the checkout process before I leave the intelligent personal assistant app interface. How long until I can do that final step and actually check out inside the personal assistant?

Intelligent Personal Assistants bring together all the recent developments in search technology, and as integration options improve, we will see an increasing number of queries/transactions go end-to-end entirely inside the personal assistant itself.

People will conduct searches, review data, and make purchases entirely inside that one interface, completely bypassing web search (already happening) and even checking out inside the personal assistant (within the next 12 months) and thus bypassing websites.

IPAs represent an absolutely massive opportunity, and it would be easy to underestimate the impact they will have (in the same way many people underestimated mobile initially). If you’ve been on the fence about building an app, you should re-evaluate that decision, with a focus on apps being the way they can integrate into intelligent personal assistants.

What do you think? I’d love to have a discussion in the comments about how everyone thinks this will play out and how it might change the landscape of search.